When the weather begins to turn cold, the idea of eating sushi becomes less appealing, and the desire for heartier, warmer fare ignites the imagination. When my sister and I were kids growing up in Texas, the first brisk day meant we were having chili for dinner. True, it also often meant we often had to wait till the end of November for any sign of cold weather, and that the days might still reach up toward 70; but in San Antonio, the nights would start to dip down to 40 or 50 degrees, and that meant Mom would be slaving over the stove to make sure all the flavors were on point for her particularly wonderful chili, which excited us to our core. 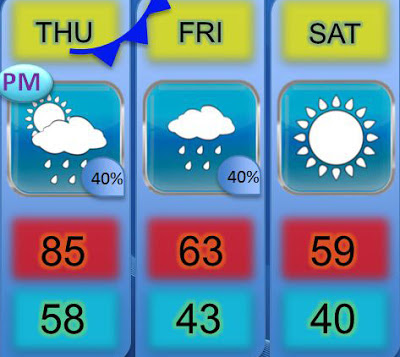 I remember, being 16 or so, and coming downstairs every few minutes to 'sample' the chili to make sure the flavors were just right. For my sis and I, 'right' meant tasting the beef, chili powder, and lots of heat from the jalapenos. Mom often made her chili almost too peppery-hot for herself because she knew that's how my sis, Ness, and I liked it.

My mom would brown the burger meat, drain and rinse it to get rid of excess fats and oils, and cook it in a stock adding onions, peppers and chili powder first, making sure the flavor was right before adding two types of beans. She would add a can of ranch style beans and a can of (and this was a must) Van Camps New Orleans Style Red Beans. We grew up on the latter not just when she would make chili, but also in her red beans, rice, and sausage. My mom, you see, is from Alabama, and a lot of the stuff she made when we were growing up definitely reflected that. I remember when it became impossible to find the 'New Orleans Style' beans in San Antonio, our three hour treks to visit my grandma in Houston started involving bringing home as many cases as possible of those beans.


Now, before you nay-say chili, particularly Texas chili, and the inclusion of beans, I would ask that you look to Austin's own 'Texas Chili Parlor' established 1976, with at least three if not more of their chili recipes including beans. If we want to be literal, chili could easily just be chili peppers in some sort of sauce... or, without beans, simply 'chili con carne' (chili with meat)... But chili is so much more than that! It involves a variety of peppers, powdered flavorings, meats, onions, tomatoes, and, yes, often the undervalued bean varietal.

In the world of varying tastes and diets, you can even find vegetarian chili! In my opinion chili should be beef, beans, tomatoes, onions and peppers - though I won't argue with someone who prefers deer meat or no meat to beef, or black eyed peas to my beloved kidney beans. The point of chili is to warm you up from the inside out, to make the whole house smell welcoming and inviting, to evoke memories of home and a bygone time. In stating that, I think we should all feel free to alter our chili recipes as we see fit.

You won't see me throwing green beans or corn in my chili (though it could make for a very good chili-like-stew), nor will you see my mom spicing hers up with serranos or extra red pepper flakes. I've even read of people using chocolate in their chili - whoa nelly! But hey, whatever floats your boats and warms you up, especially when the weather has just begun to turn cold, and you wake to the first signs of frost on the grass. Break out that pot and crank out a big ol' batch of soul-warming chili! (And by all means, freeze left overs to keep you feeling good through the winter months.)

While I have moved to Wisconsin about a 1.5 years ago, I've also spent the last 6+ years living in NYC and Chicago, and have become accustomed to extremely cold weather. It was not quite 'cold enough' to warrant chili when I made it, according to what I'd become used to, but then again, it had actually been a very long time since I'd made chili - so who am I kidding?

Either way, when November 19th rolled around, with its high of 51, I found myself at home with a plethora of grocery bags - with all the fixin's for chili-making. (Does talking about chili warrant dialectical shifts?) - The day had come to finally show my new husband, who had sadly never tried my chili before, what the fuss was all about.

I started off with a 90% lean mound of ground beef (approx 1.5 lbs), which I browned, drained, and rinsed like Mom does...

(Mom note: Draining means putting the browned meat in a colander and pouring boiling water over it to leach out the fat.)

Then I added diced white onions (approx 2 medium sized), and an extra large can of saltless tomatoes that I minced in my Ninja. (Plug for Ninja!)

Then I added 3 serranos and 2 jalapenos, diced. Woe is me - I, waywardly, added a chili mix I had in my pantry that really didn't help at ALL, but only led to me feeling ashamed. (Ixnay on the Ixmay).

I later added about half or so a cup of jarred hot jalapeno slices, which I diced.. and kept adding small amounts of chili powder and a little garlic powder till it all tasted right. I also added crushed red pepper for extra heat. After the flavor was right (read: excellent and spicy) I added a can of the aforementioned Van Camps NoLa Style Red Beans, and while I couldn't find any 'ranch style beans', a can of plain ole' pinto beans did the trick.(Mom note: Drain the Red beans before adding them or you could end up with a weird-tasting chili.)

I realize this recipe might not be for everyone, least of all the faint of heart, but it is a top choice for us. The only problem which resulted was my husband asking me why I'd never made this before, then telling me it would have to go on regular rotation in our household!

While thoughts of experimenting with different peppers float, like sugar plums, through my head, I already know how that would end up - it wouldn't taste like home, like a hotter variation of my mom's best chili... and then it wouldn't seem like chili at all.

Ah chili, the hold you have on us all!

I also want to try making my own seasonings by drying and grinding peppers myself. Not only would that feel ever-so-much-more authentico, I would imagine you'd be saving money as well. Then you could shout, "Goodbye, to you, McCormick's! I have my own chili powder!! Muahahaha!!" Or something like that.

Until the next installment of Cold Weather Foods, please feel free to share your own beloved chili recipes with us!

And of course, keep warm!