Hi Gang - ready for another short but sweet (er, savory) episode of Cooking With Us?
What if I told you it involves one of America's most beloved foods - Grilled Cheese Sandwiches?
With a bit of a twist of course - we got a little fancy... and a little spicy! 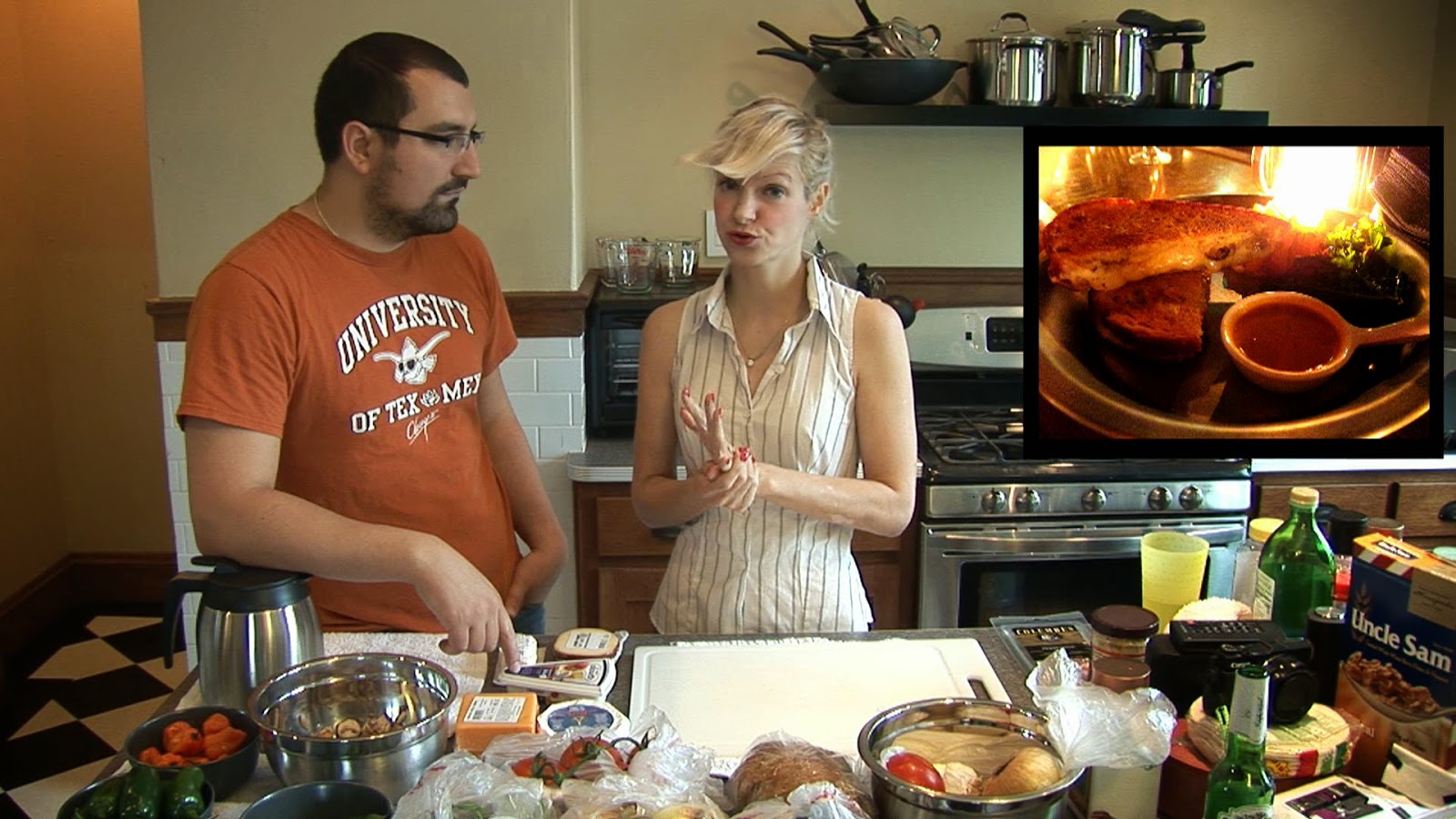 It's always important to have inspiration - which is what the picture on the top right is.
Our inspiration comes from a 'speak-easy' style restaurant tucked away in Culver City, California.
Props to my sister Vanessa for introducing me to it, and their hot (meaning killer spicy)
grilled cheese sandwich!

Below, follow along with our super easy recipe and layering.
Theron's sandwich won our little contest - so it gets to be featured ;)


Photo-essay, recipe, and transcript after the jump! =) 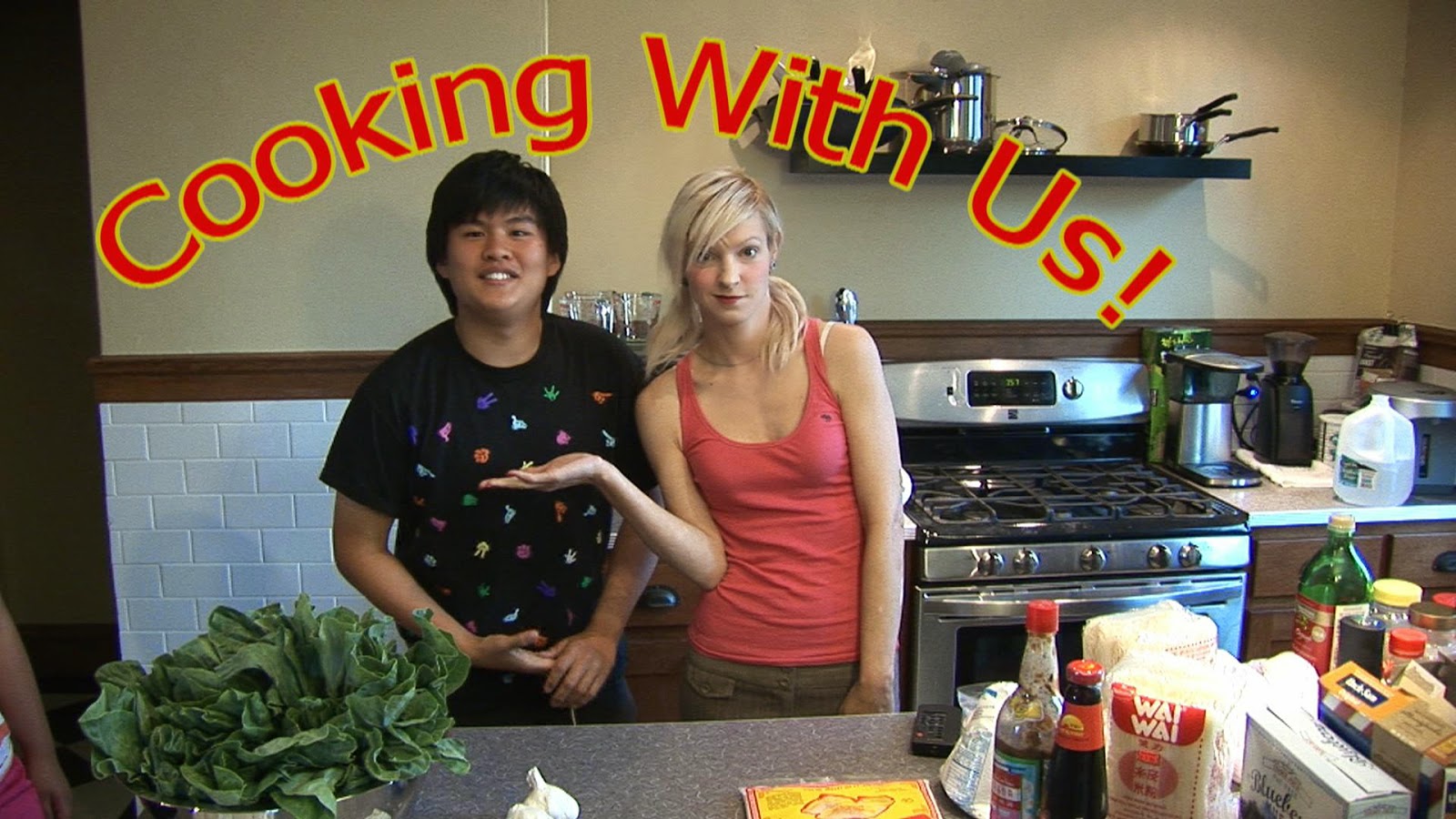 We have a fun and enlightening podcast for you!!
Wanna make Thai-style comfort food?
Here you go!! 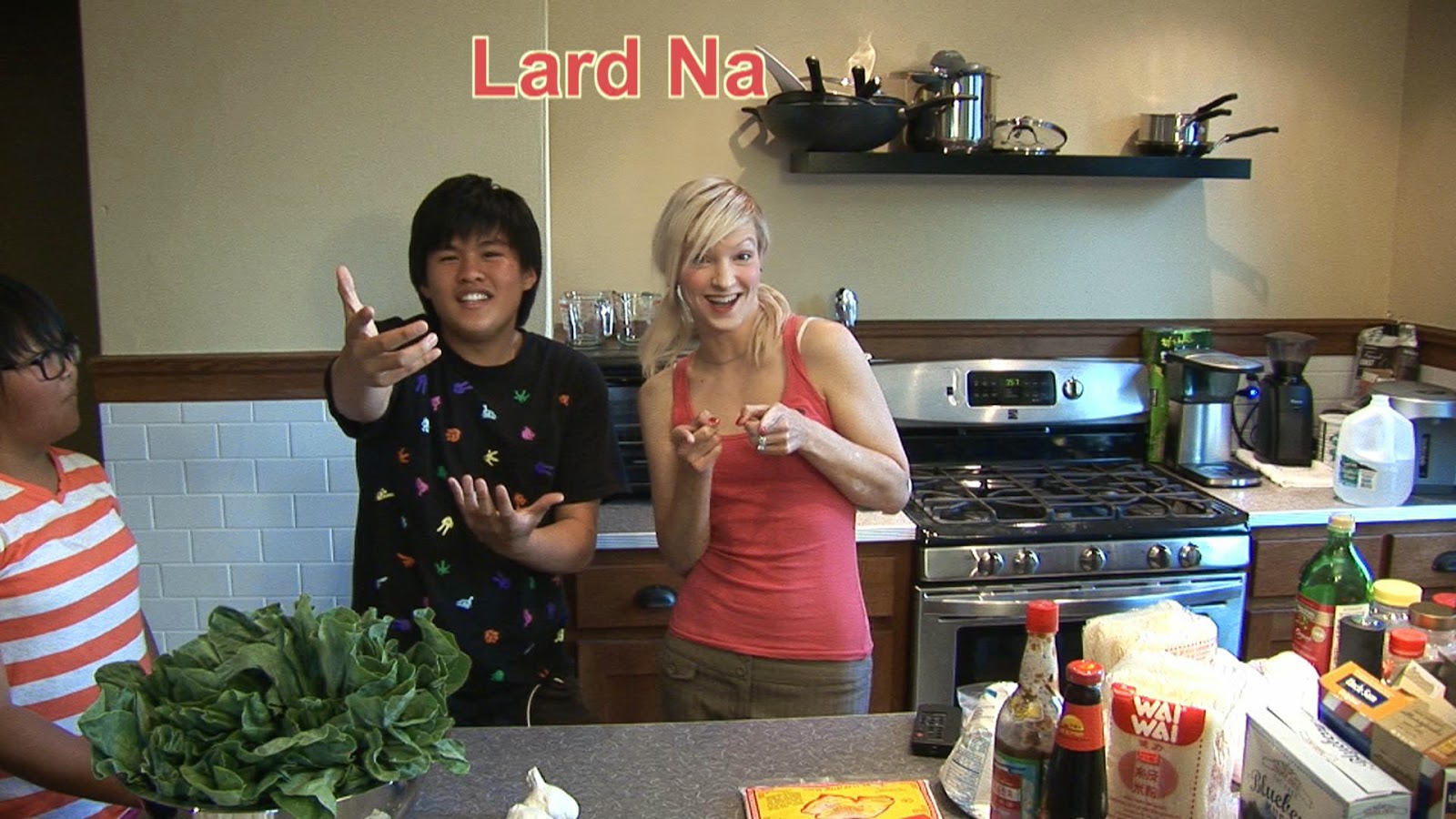 This time the main course was Lard Na - so much like comfort food!! 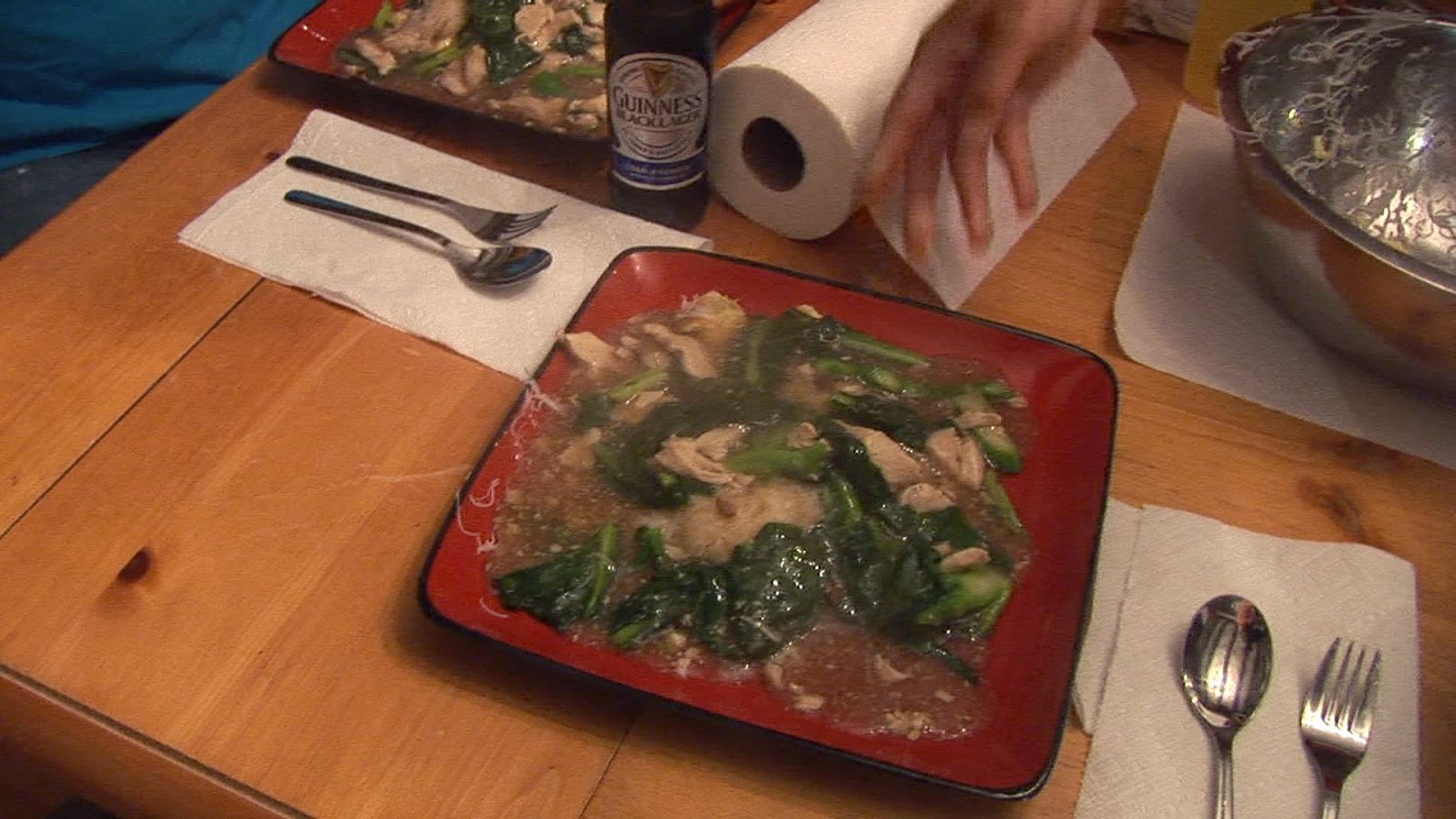 This is what you're plate will look like if you do it right!
And Saowanee aint lyin' when she says you'll not be able to stop eating!!
Read more »
on Monday, June 23, 2014 2 comments:


What's that?
Our friend Saowanee's back in town?

Well, you just have to know that means another amazing episode of Cooking With Us!

(Or two in this case, as I split them up again!)

The appetizer we're sharing today is super simple to make and equally delicious.  It's like it was made for parties!

If that above photo of the finished product in a pile doesn't do it for you, maybe the following will.


Gorgeous, am I right?
Nee put the shrimp rolls in bowls on top of chili garlic sauce because we love spicy food,
but they can also be served just as deliciously with sweet and sour sauce, etc.

Here comes the video - How to make Fried Shrimp Rolls!
As usual, watch full-res and full-screen.
Comment, share, and get cooking! 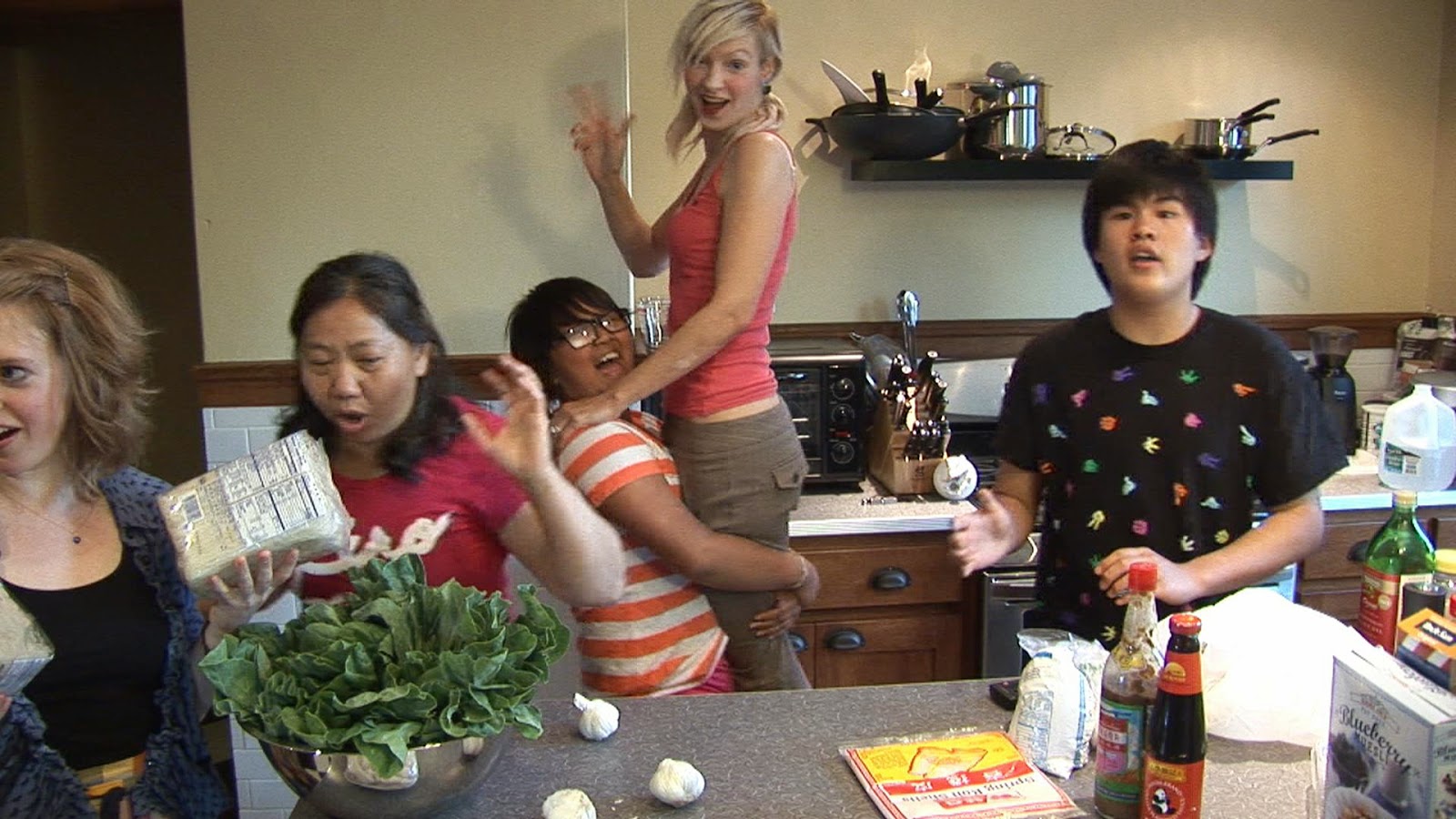 And as always, it never hurts to have some friends around to show you a new recipe!
Or to just carry you around your kitchen ;)

Welcome all,
And rejoice!
For your favorite episodic cooking show on Youtube is back: Cooking With Us!
This time I had a little too much fun with some of my effects in Avid, but was inspired, as can be seen in the image below, by a photo on Pinterest!
We set out to make individually pie-crust-wrapped peaches,
and after only one failed attempt, we wound up with a truly delicious dessert!


Below is the video where you can see Theron, myself, and our awesome Couchsurfer from Vancouver enjoying the fruits (and pastry) of our labor!

You know the drill: Hi-res, full screen, and share! 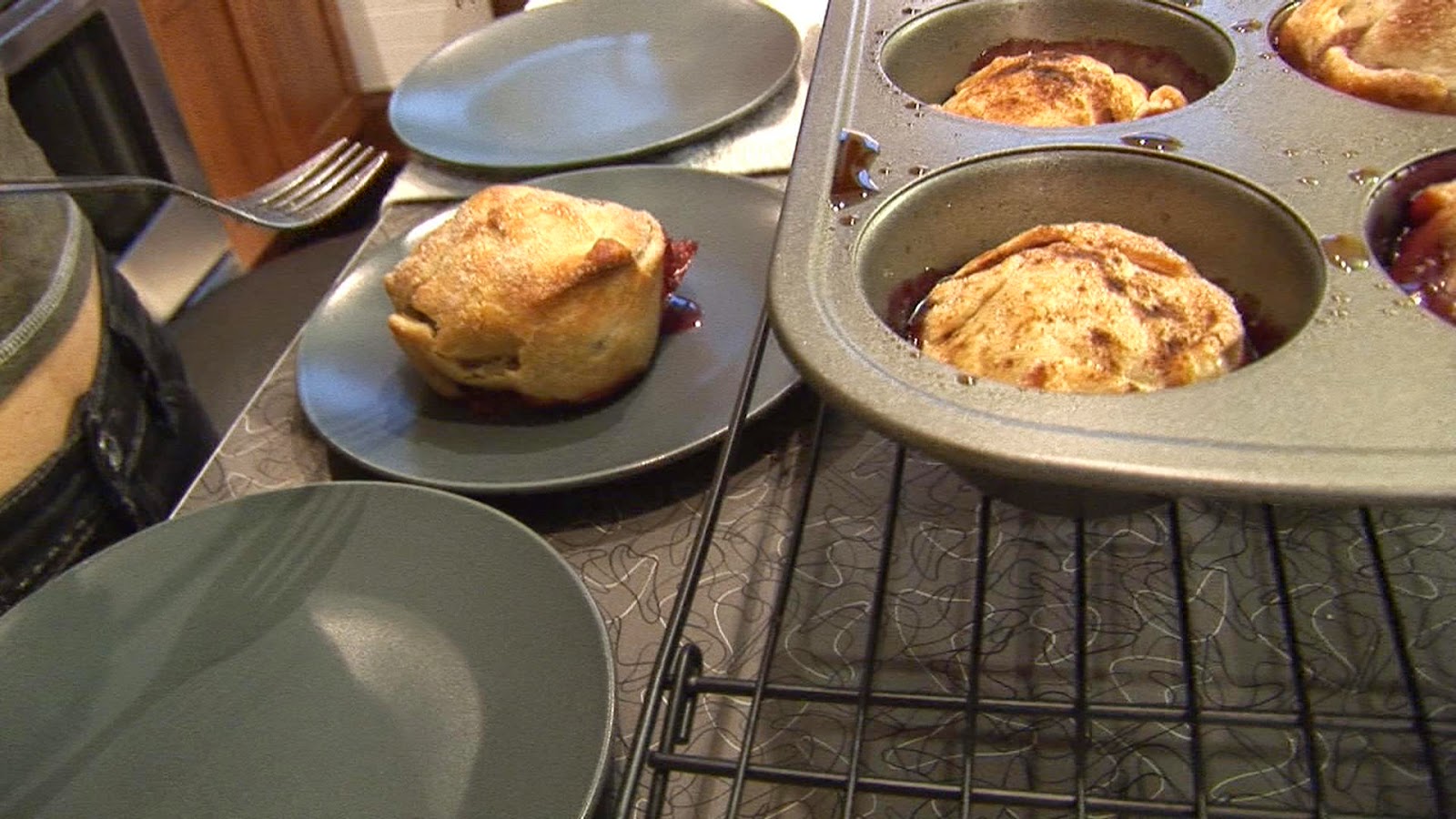 Sorry that it's been a few weeks, but are you ready for another episode of Cooking With Us?

I went to the market having really no idea what I wanted to make, but somewhere along the way I decided I'd make a sirloin burger with feta, as well as dried red pepper sauce, avocado, cilantro, and mushrooms!

Also, I was really excited and wanted to show off my new shirt ;) 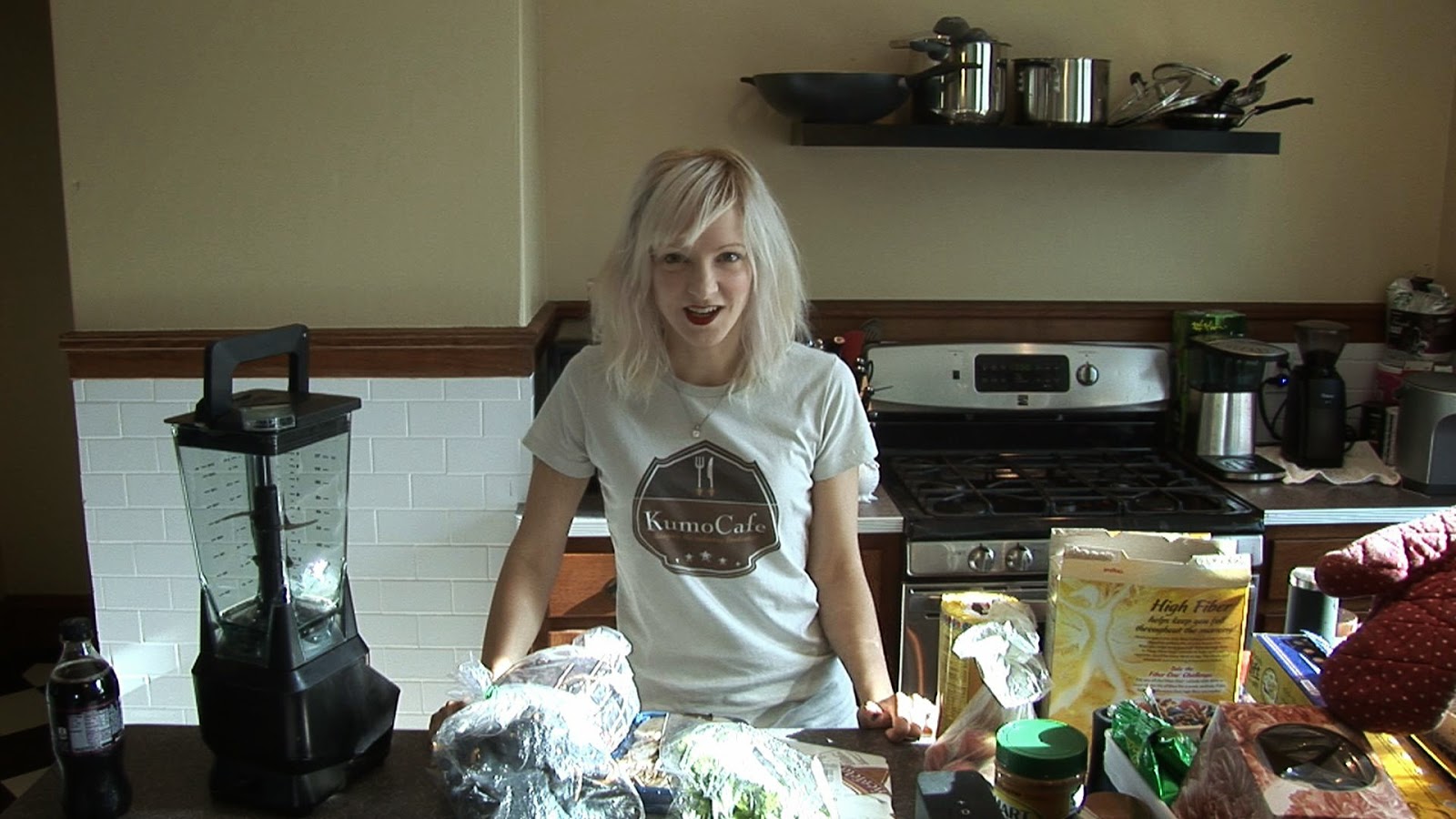 Yes, it may have been a while in coming, but I finally have an 'Official' KumoCafe shirt.

Now, the only thing wrong with our burger turned out to be the meat, which I bought pre-made at our favorite local meat market. Sadness!
What was wrong with it?  It was just... well... boring!
I mean plain meat is rather plain, after all, isn't it?


Here comes the video, which you should, as always, watch full screen, in high-res, and of course - share everywhere! 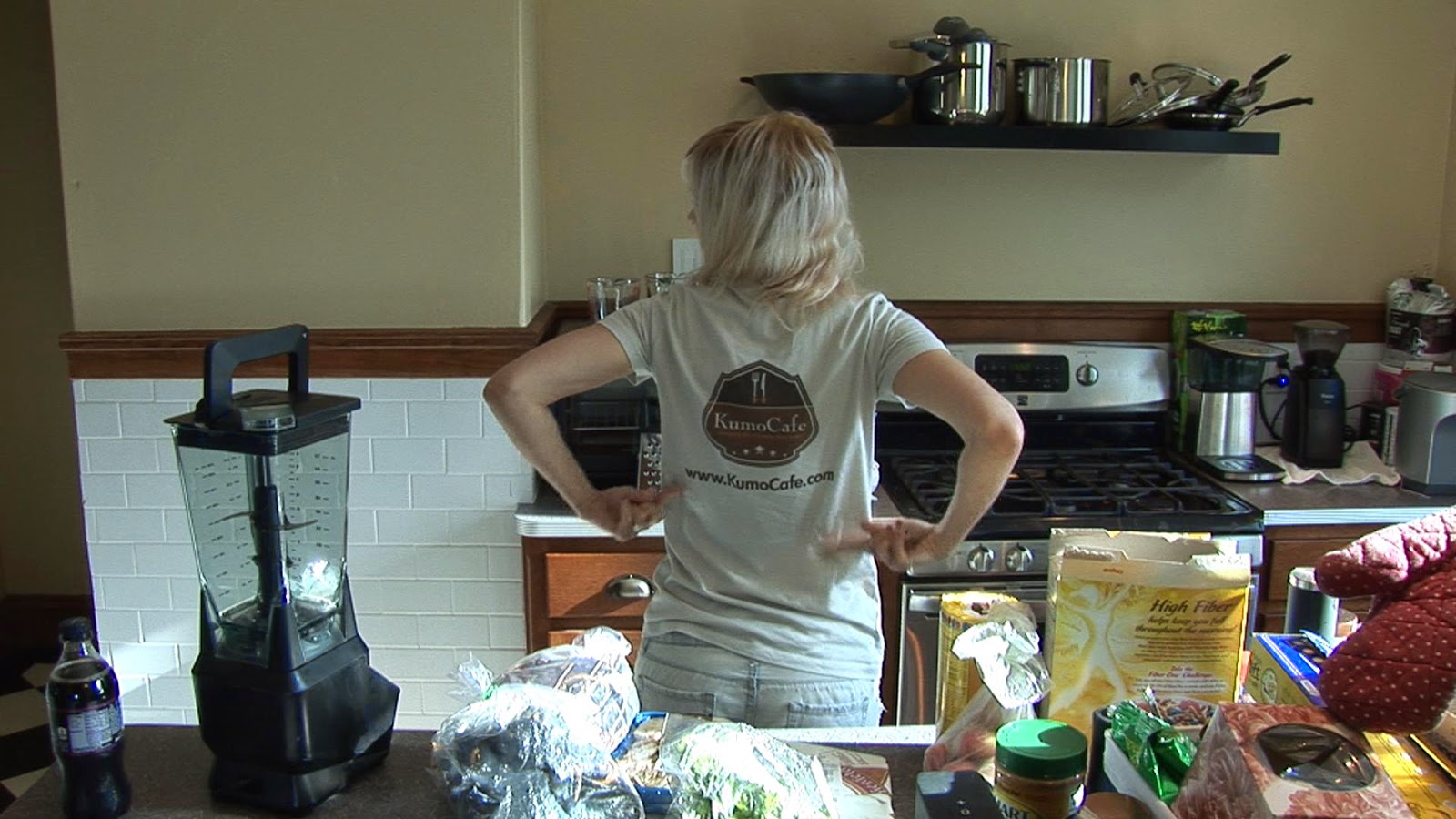 Did I mention I was proud of my shirt?
Yeah, the back has my URL on it. Woohoo!!

Now, on to the cooking! 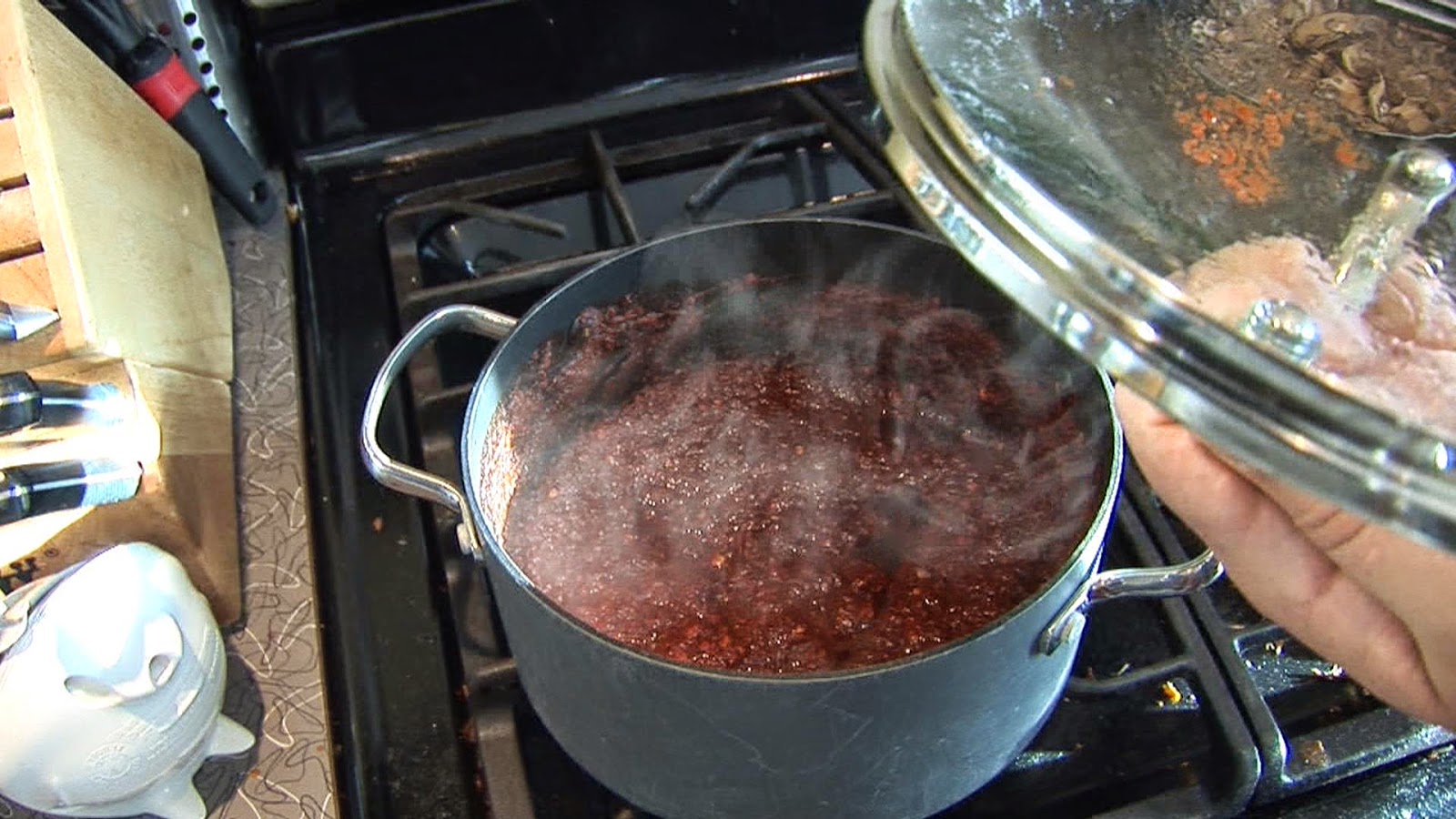 This is what the delicious, home-made sauce will look like when you're done!
Read more »
on Friday, June 06, 2014 2 comments: