A History of Caviar

The first time I tried that elusive (read: expensive) treat that is caviar, I was in my early twenties at a rather un-posh New Years Eve party an ex-boyfriend's brother was throwing (don't ask). 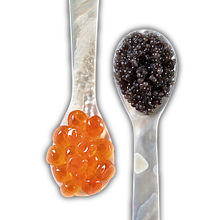 I wasn't exactly interested in even trying the stuff, as I, too, was rather far from being posh at the time. My sister, however, who had already begun introducing our family to the wonderful wide world of wine headed straight for the tin of caviar that had been set out on a table in the kitchen. She proclaimed it as being good, so I took a spoon of it, and found it uninteresting and far too salty for my liking.

As with so many things, tastes change over time. I hated olives the first time I tried them at the age of 17. By 22 I had changed my mind on that one - olives can be good or even great in the right instance, decidedly serving their purposes in martinis and tapenades.


For caviar, it would take me much longer to do a 180. That turn about required moving to and living in two different states, trying it in a variety of ways, and a whole lot of education about the different types.

The reason I wanted to write this entry, and delve into the history of caviar, is because of the opening line in a Petrossian catalog I received. (Petrossian is a Paris-based fine foods company with an emphasis on caviar.) You couldn't call me a connoisseur of caviar - I am not blessed with the wealth that would allow me to sample, again and again, the ample varieties of caviar in various preparations, but in the past several years I have become at the very least a fan. The opening line in the catalog goes a little something like this: "The Petrossian legacy began in 1920, when we introduced the world to caviar."

This sentence really floored me. Was Petrossian - this one specific Parisian company - truly claiming to have 'introduced caviar to the world' as late as 1920? It is easy enough to discover that the company was founded in 1920 in Paris by two Armenian brothers, but to believe their statements of truly introducing caviar to the lavish Parisian parties of the Roaring 20's? And to... the world? Even if they intended to purport they introduced caviar to members of the Western world... I found it hard to swallow. Hence, research quickly followed. 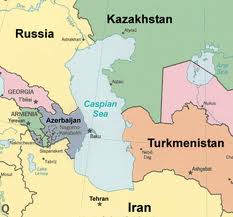 While there is a wealth of information out there on the history and humble beginnings of this delicacy, they don't all seem to agree. One thing they do agree on, however, is that the beluga, the best-known fish of the prehistoric sturgeon species, and the largest fresh water fish in the world, hails from the Caspian sea. (Side note: Yes I did write prehistoric, meaning they date back to the time of the dinosaurs. I think one of my best friends will get a kick out of that.)

The Caspian sea agreement being met, the question falls to who ate the female beluga's eggs first, and also: When was caviar truly introduced to the Western, and then Global, world?

To find the answer, I have turned to several on-line essays by historians and epicurean food bloggers. These groups seem to agree that the first people to eat beluga caviar were the Egyptians and Phoenicians whose cultures had cities hugging the seven Mediterranean seas, where they may have encountered sturgeons, most likely, in the Adriatic. Judging from hieroglyphs dating back to before 2500 BC, and, according to many sources, bas-reliefs (inset sculptures) at the Necropolis near the Sakkara Pyramid in Egypt, there are depictions of fishermen catching fish and removing their eggs for consumption. 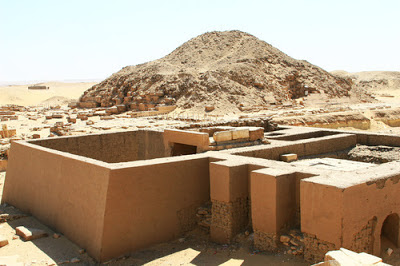 It would follow that Persians would continue cultivating caviar, and the word 'caviar' is thought to be Persian in origin. Starting out most likely from the Persian word for "egg" - khyah - and - dar - "bearing, holder" which together became khayeh-dar. From there, the word was taken into the Turkish language and became havyar. So we have lost the "k" sound but gained the 'v' sound in our beloved 'caviar'. From the Turkish, the Italians turned the word into caviaro and the French into caviare, and finally caviar, which entered the English language potentially as early as the 1200's.

Apparently the Persians believed caviar had medicinal and energy-giving properties, and another source I found presumes the term comes from their words "khyah" (egg) and “chav-jar” loosely translated as “cake (or piece) of power.”

The Persian Shah would receive caviar annually as a tax from fisherman, preferring Golden Ossetra caviar. Because his was the 'Imperial dynasty,' we now have the term "Imperial Ossetra caviar." It is also said that Aristotle described banquets so lavish, in 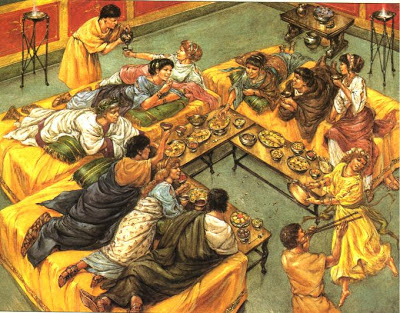 Multiple sources state the first time the word was written was in the journals of the grandson of Genghis Kahn, Batu Khan, as "khvyar" in 1240 AD.

All this being said, it is interesting to point out that caviar was not at all in short supply. Like so many delicacies (I am looking at you, lobsters, and you, oysters) caviar started out as a food of the peasants. It was extremely cheap, almost over-abundant, and therefore interesting that at the same time the poorer classes were eating it, it was being heralded as a dish of elegance by the noble classes.

It wasn't long, however, before the nobles, notably the English, ruined things for the common man. King Henry II of England, who ruled in the 1200's, proclaimed the sturgeon to be a royal fish, and any caught were to be brought to the imperial treasury on threat of prosecution. The French didn't began to enjoy caviar until the 1500's, though it was not posh in France until the Roman Czars began controlling the cultivation of caviar, making it extremely expensive. (I am looking at you again, lobsters.)

Apparently anything Russian was popular at this time in Paris - from the 1800's through the mid-1900's.


It is said that Czar Nicholas II, who lived from 1868 till 1918, like the Persian rulers, also collected an annual tax from fishermen in the form of caviar. Interestingly, at the time the Russian's were controlling caviar export, yet also consuming caviar themselves with far too great a frequency, the harvesting of caviar in the USA was beginning to boom.

As with oysters, which could be readily found and exploited in the then-fresh and fish-filled waters of the Hudson and Delaware Rivers, sturgeon too were discovered. More sturgeon were located in rivers and lakes throughout the Eastern US, and the sources were so abundant, that in the 19th century, the United States and Canada became the main exporters of caviar to Europe. Russia also imported American caviar, slapped a Russian label on it, and sold it to Europeans and even back to Americans at a higher price.

Humorously, the availability of caviar in the United States was so prevalent, it was given away for free in American saloons. As it was free, bar patrons ate it up, and due to its salty nature, ordered many more beers because of it. Caviar was the pretzel and salted nut of 1800's America. 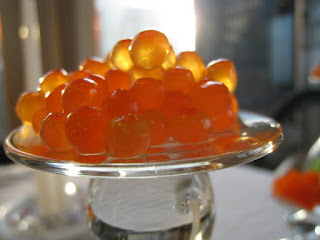 Our story takes a sad turn here, which considering over-fishing and the ever-continuing trend of polluting our waterways, is not surprising. As early as 1906, bans were placed on sturgeon fishing - both in the US and in Russia. Caviar again became a delicacy, a luxury that only the rich could afford. Sadly, this time it was not due to a strictly controlled, yet abundant supply. Rather, many female sturgeons were barren due to pollution, and were being forced to the edge of extinction.

This is when high-end restaurants in America, such as the one at the time in the Ritz, started putting caviar on their menus. Soon, many other haute-cuisine restaurants followed suit. 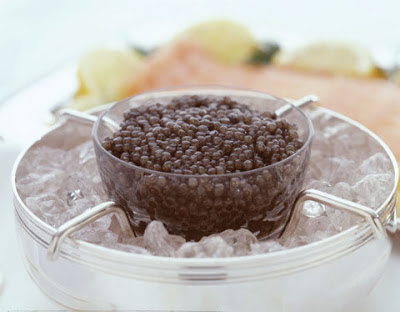 By the 1960's the price of caviar was so high, the eggs of other, more economical fish were being sourced by many different companies.

Thanks to over-fishing and pollution, a fish that literally swam with the dinosaurs was being brought to its end. Environmentalists and entrepreneurs both have turned to fish farms for cultivating sturgeon, so hopefully neither the species, nor the delicacy, will die out. Man, it has been said, does not look at the problems he is causing, but looks to find a way around the problems he has already created.

And when did I finally learn to love caviar? I've had it in New York at the Russian Tea room after its prime, where we tried the most expensive varieties, at Petrossian's restaurant in the city, at Cafe Russe (which I do not recommend), at Firebird (which I highly recommend), and assorted other places. It wasn't until moving to Chicago and eating at Cafe des Architects in the Sofitel that I finally fell in love with caviar. It came on a bed of creme fraiche atop an oyster. It was a sumptuous bite of heaven, as food surely should be. This was when I was 30.

It took me 10 years to appreciate caviar, but now I am a huge fan. Though I will never be able to compete with the love Liza Minelli's character had for it in that awesome 1972 film, Cabaret. 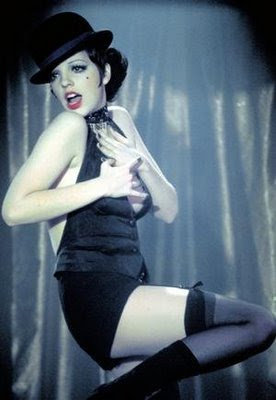 An exchange from Cabaret:


"Can we have caviar again?


But, you had it for breakfast.


Can l have it for lunch?


For lunch, for dinner, breakfast again--

That's for me. What are you having?"

So I say No! Oh, I mean - Non! Petrossian, you did NOT introduce caviar to the world. The world, even us way over here in the US of A, knew the joys of caviar way, way, wayyyyy before you came on the scene in 1920. But, ya know, kudos for tryin'. 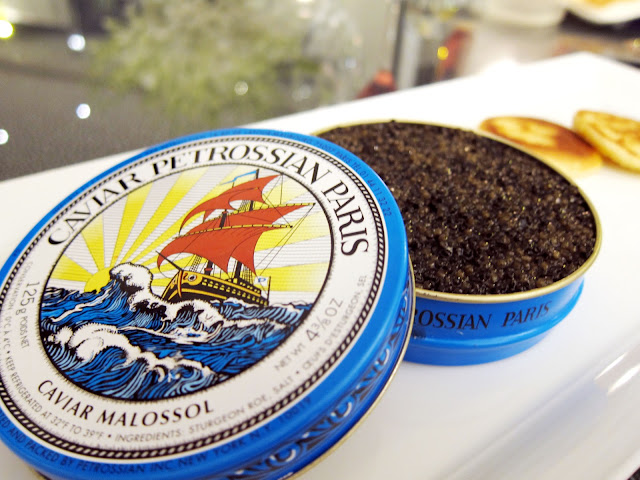