History of the Chili [Pepper] 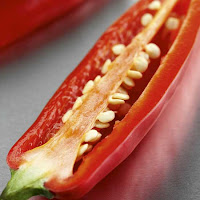 What do you think of when you think about chili peppers?

Does your mind jump to your favorite salsa at an authentic Tex Mex restaurant?

Maybe you can't shake the idea of that awesome spicy #6 Thai curry you had for dinner last night, or the extra hot vindaloo you love at your favorite Indian spot.


After all, India is the top producer of chili peppers in the whole wide world!


In fact, before the Trinidadian 'Moruga Scorpion' came on the scene, India laid claim to the hottest chili in the world with its very spicy, very painful 'Naga Bhut Jolokia' - or ghost pepper.

Registering a whopping 330,000-1 MILLION on the Scoville scale, it stomps out the Jalapeno easily, which taps out at only a delightful 8,000 Scoville units.

The deliciously spicy serrano throws in the towel at 23,000, and even the frightening, previously record-holding habanero only reaches a measly 350,000.

Add to this concept that Indians (yes, the ones from India) will actually eat the ghost pepper to *relieve* stomach aches and cramps - and we are struck with a very tough (at least in the ways of stomach-fortitude) culture.

I can attest to the heat brought down upon me from the two buffalo wings I ate over a year ago that were bathed in ghost pepper extract - they did no such good for *my* poor stomach.  Let's just say it ended up in an hour + of cramping and ultimately, projectile vomiting.


Previous to this, perhaps around 2004, when the habanero was still considered the hottest pepper around, my twin sister and I sought out the orange, and therefore hottest, habaneros we could find, and ate them. Her then-boyfriend-now-husband had the good sense, after pacing outside in pain, to make himself puke and thus spare himself further torture.

My sister and I were not so intelligent, and endured the hours of stabbing pain that crippled us on the floor. All that recounting aside, the point here is to discuss the history and origins of this much beloved (and also much hated) fruit.

Can one even think of the Southwestern Chinese province of Szechuan without conjuring images of meats laced with garlic and the ever-present red chili?


I know myself, and at least a few thousand other New Yorkers who visited legitimate Szechuan restaurants near midtown, would have a hard time doing so.

Similarly, despite the fact I grew up on salsa, jalapenos, and Tex-Mex, the first time I tried "as hot as possible" Thai food, I was bowled over and sweating.  Even Zagat recently released an article on the hottest dishes in London 'today' - and among them were dishes from Szechuan, Thai, Portuguese, and Pakistani restaurants. The idea of heat is inextricably linked to food from the East; well..and apparently in London, Portugal.  My point?

Considering how rife chilies are in the cuisines of India, and in Asia as a whole, in the sheer quantity of production and also consumption, it would be easy, if not entirely logical, to believe the chili is native to Asia and Southeast Asia. The shocker?  It simply is not native to this area at all, nor did it even exist there before the 1500's.  For me, it's quite hard to imagine much of Asian cuisine without heat.  I guess we could say, then,  "Kudos! You all adapted very quickly!"

Then again, when you fall in love with something as deserving as glorious, spicy, juicy peppers, it's hard not to fall fast, and hard. But, you see, chili peppers originated in no other locale but Central and South America.  (Rejoice, oh ye of the promised land!)

Natives of the Americas have been enjoying the joy that is the chili pepper since at least 7500 *BC*!   Chilies were some of the first cultivated, domesticated crops, and may well be one of the first spices ever used.  The oldest specimen, found in today's country of Ecuador, is said to be over 6,100 years old. What else was found? Tortilla chips!  Methinks they were onto something!

The actual word used in the Americas at the time was a Nahuatl word 'chilli' which is still used in many countries to this day. Christopher Columbus tacked on the word "pepper" because the heat of the pepper reminded him of black and white peppers he had encountered in Europe. Many countries exclude the use of this additional word as it is, to put it bluntly, unnecessary.

Speaking of Columbus, you may think he's the bloke responsible for bringing this fiery product back to Eurasia with him, but in reality it wasn't until his second voyage to the Americas that an accompanying physician, Diego Álvarez Chanca, brought them back to Spain in 1493. Related to the chili, he also brought the tomato to the old world. Really, before the 1500's - what did Italians do?  It's just wild to think about how relatively new this all was. And in fact, the Italians didn't start using tomatoes in sauces until the *19th century!*

To quote Wikipedia on how amazing this transfer of foodstuffs was:

"Before the Columbian Exchange (a term coined by a professor at the University of Texas at Austin - Hook 'em Horns!), there were no oranges in Florida, no bananas in Ecuador, no paprika in Hungary, no tomatoes in Italy, no potatoes in Ireland, no coffee in Colombia, no pineapples in Hawaii, no rubber trees in Africa, no cattle in Texas, no donkeys in Mexico, no chili peppers in Thailand or India, and no chocolate in Switzerland."

Of course diseases like small pox nearly destroyed the Native Americans, but as that is depressing and not the point of this entry, let's move along.

When the chili peppers were first introduced in the Old world, they were used primarily by monks in Portugal and Spain, who soon realized they could replace black peppercorns with these chilies as a culinary ingredient.  Incidentally, black peppercorns, at the time, were extremely expensive, even being used as legal currency in some countries.  I guess humans have always had a need for spice! 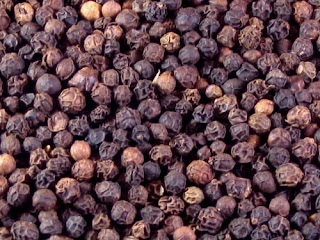 The Portuguese are thought to have been the primary trader of chilies to Asia, and in fact had colonies in India where very famous dishes arose - such as vindaloo, which was actually an Indian take on a Portuguese dish!

In about 50 years time, chili peppers were being cultivated all over the world - and in a world before internet meme fads and UPS, that's pretty darn impressive!


From another site where I dredged awesome info: "Today, the chili pepper is an essential cooking ingredient in places as different as Hungary (where paprika is a national symbol), Ethiopia (where signature spice, berbere, is a mixture of chili powder and half a dozen other substances), and China (where entire cuisines are built around its heat)."

As most of us know, the heat in chili peppers is derived from the amount of capsaicin in the pepper - which is what causes the sense of 'burning'.  Not surprisingly, capsicum is taken from the Greek word 'kapos' meaning 'to bite.' - Youch!

Instead of printing t-shirts, why don't you go out and enjoy your favorite chili pepper-laden dishes.

And if you happen to love a Thai-run sushi spot in Chicago, remember they will always add peppers for you!


And it might be so good you end up getting something twice... coughs..--->

I hope you enjoyed this most recent installment in the History of Food! And while our thoughts linger on peppers and spice and everything nice, why don't you go have a gander at my last entry - and first podcast - which involved the mild yet delicious poblano pepper, and the pungent, gorgeous chipotle?

Adios, and until next time,