Hey gang,
Sorry it's been a while since my last update.  Life has once again gotten in the way!
In fact I have shot about five and edited one show that I decided I didn't like enough to use. 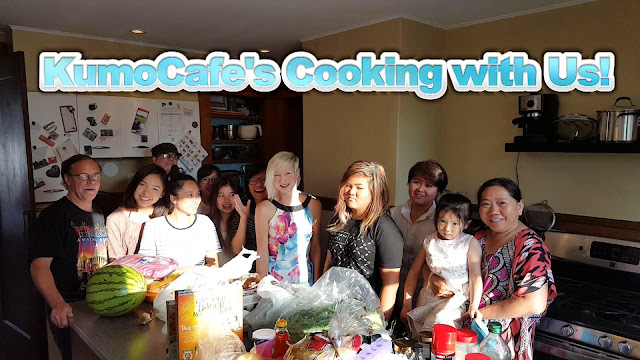 Thankfully, Nee, as usual, pulled me out of my rut and not only gave me a delicious snack and fun video to share with you guys, she also invaded our house with a bevy of college gals from Thailand who were here doing a work program.  My house was full of foreign chatter and lots of giggles. For a while, everything sounded like a really fun anime!

So, today I share with you hard-boiled eggs served with Thai sauce. So darn good.
And you may not believe me, but I am seriously the furthest thing from an egg fan!
However, these eggs were so good that Theron and I made them again last night! 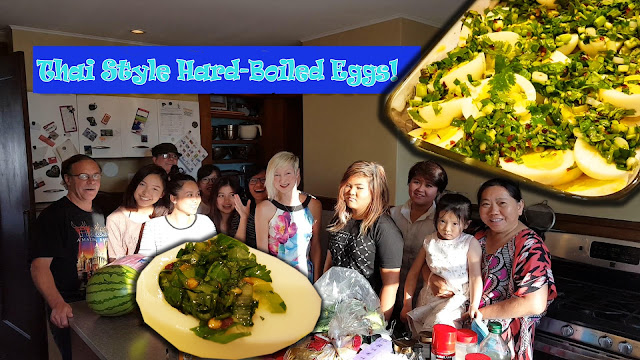 The ones we served when the group was over are pictured on the top right!
Theron, of course, decided to take out half the yolk and put the sauce inside. He's clever, that one.
So the bottom-pictured egg was what we ate as part of our dinner last night :)


Photos and recipe after the jump:) 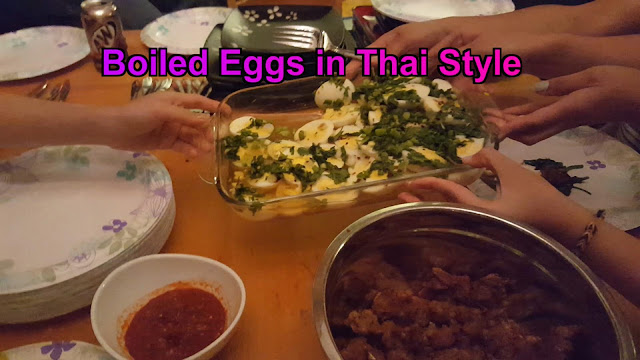 This is what our final product looked like after we'd dug into it quite a bit already! 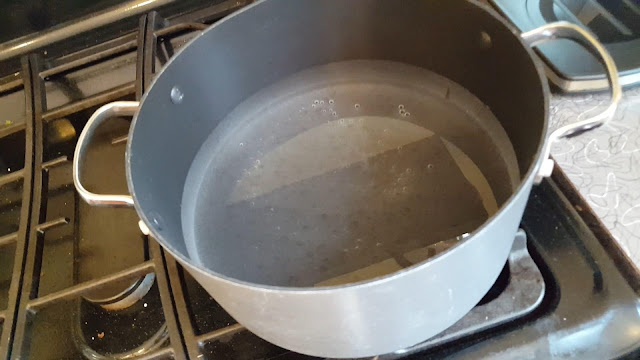 Start with a pot half full of boiling water. 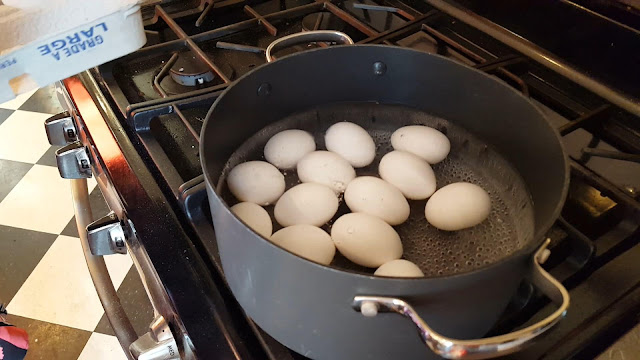 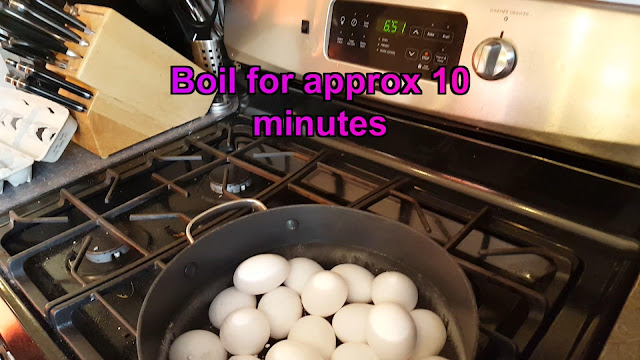 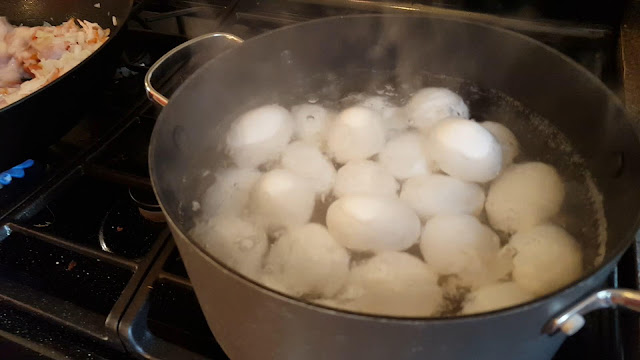 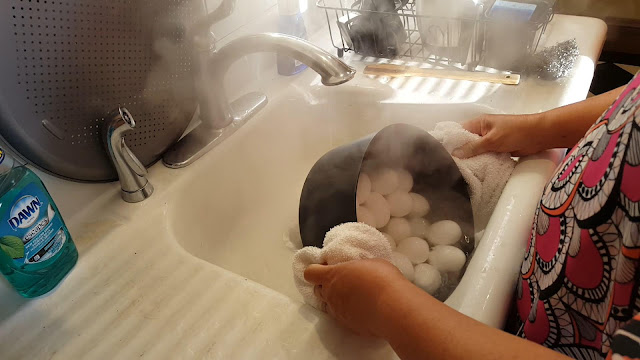 Then drain the hot water, and run cold water over them for quite a while. 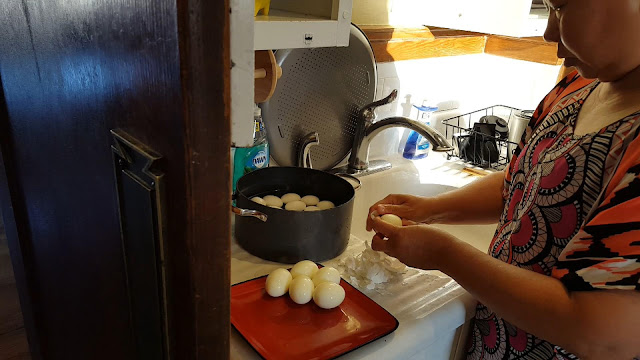 Then, skillfully peel off the shell. 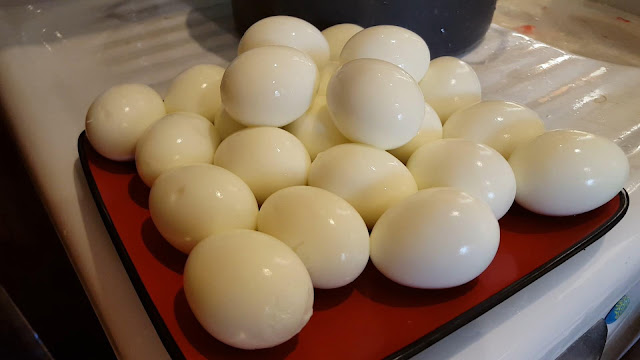 This is how pretty they look when you're done! 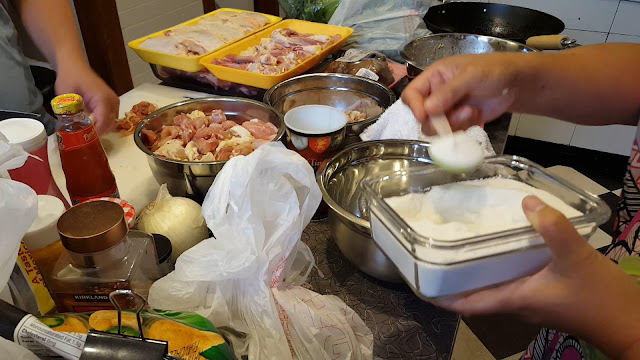 For the sauce, start with quite a lot of sugar.
Sorry, I don't have exact amounts! 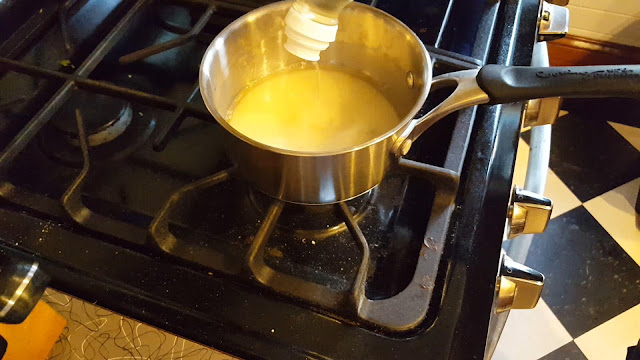 Put your sugar in a sauce pan, and add in a fair amount of vinegar.
We used rice vinegar as that's what I had on hand. 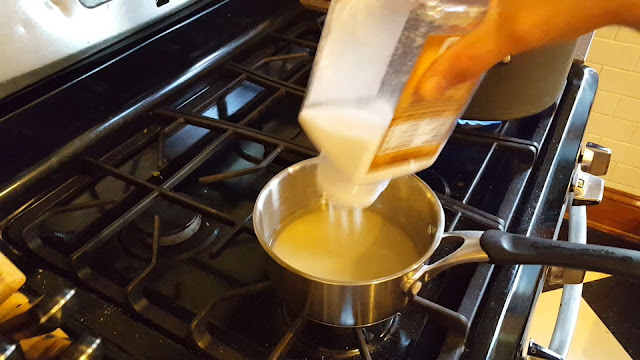 Since our vinegar had no salt, you will need to add salt also :) 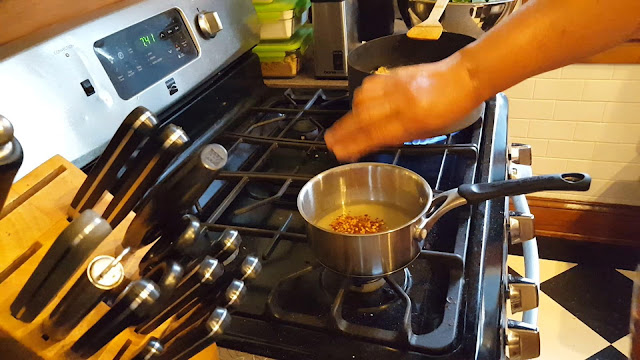 A small amount of crushed red pepper does the trick to round out
the sweet and sour with a kick of spice. 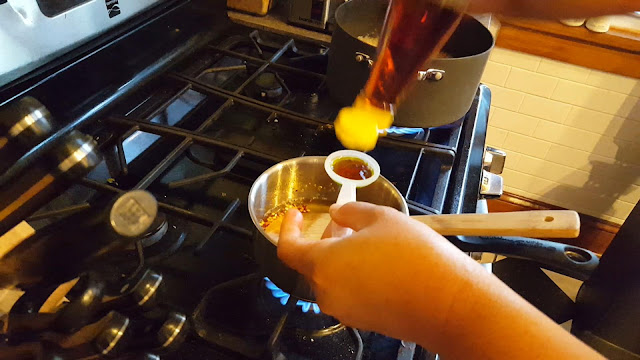 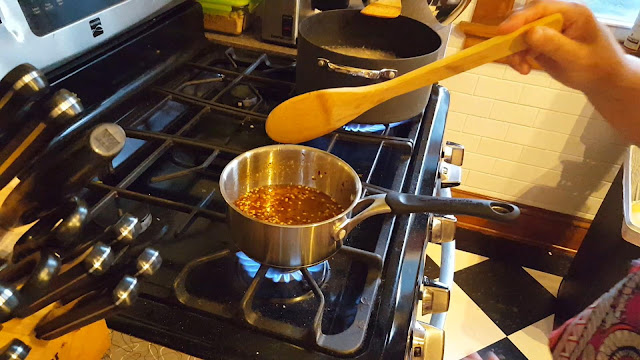 Cook this for a little while, then let it cool. 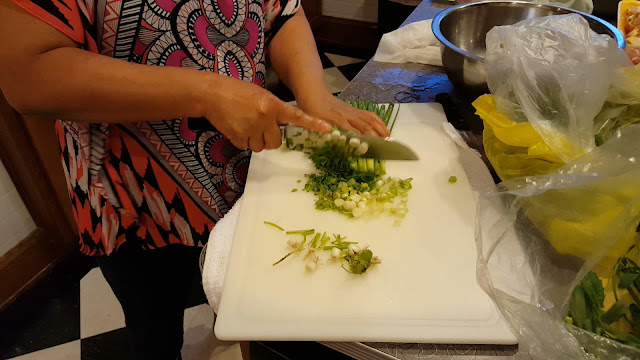 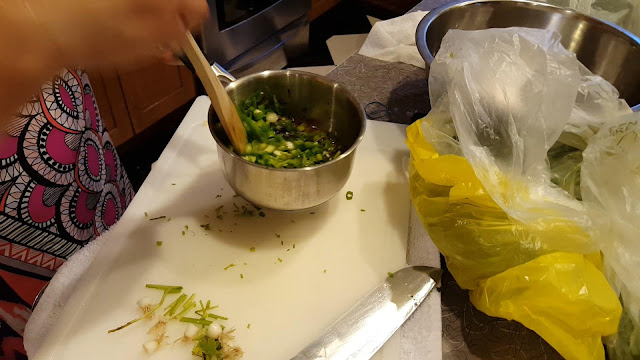 Add them into your sauce and stir. 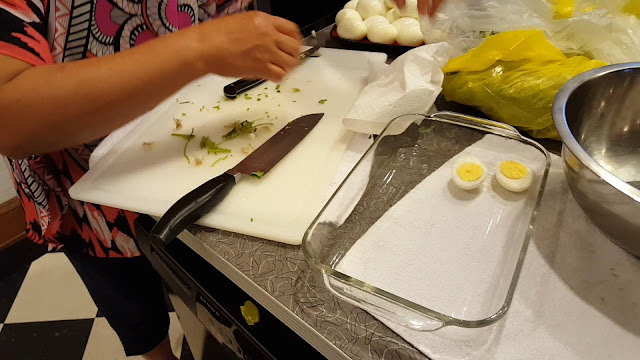 Simply slice your eggs in half and lay them in a dish. 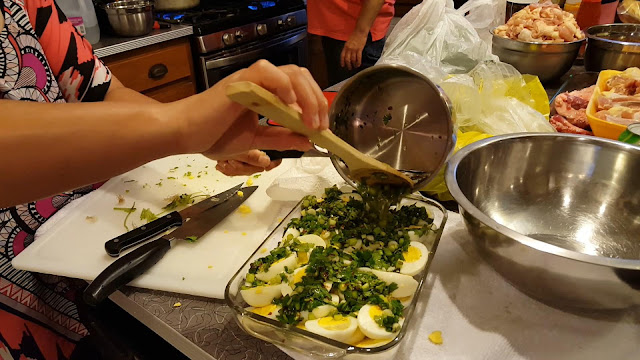 Top the egg halves with your delicious sauce! 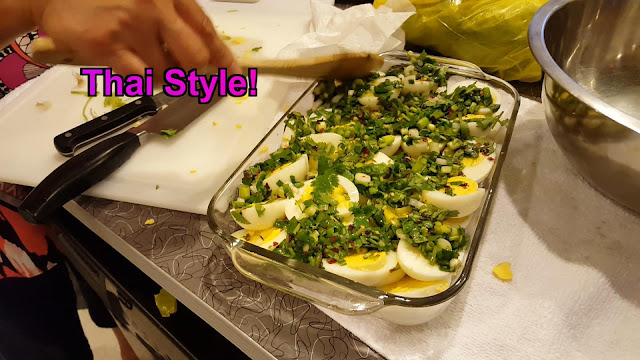 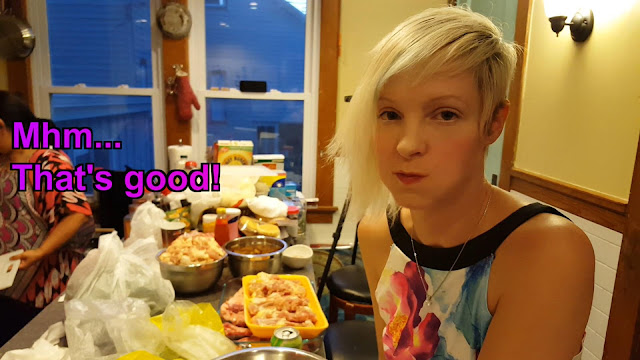 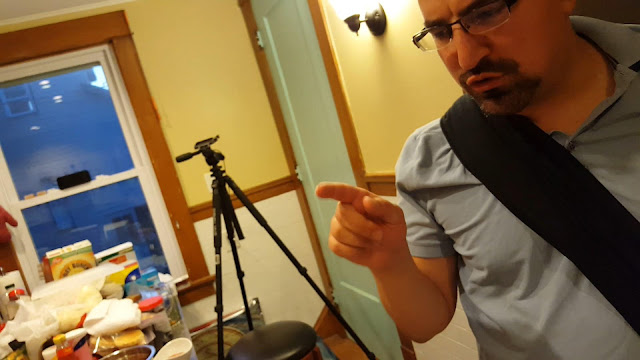 Theron's reaction cracked me up.
"Do you know how to make those? Because I want to make them!"
Yes, I have been filming this whole time! 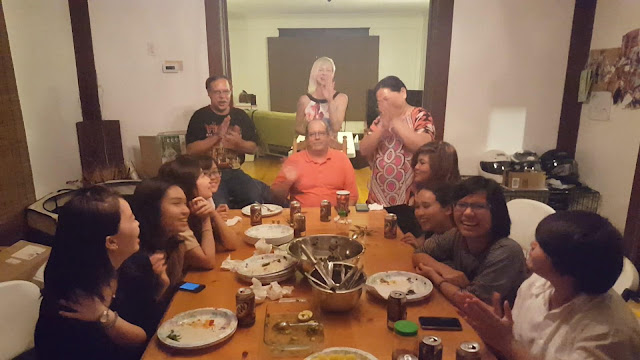 Thanks to everyone for coming!
Nee jokes that next time she's bringing 20 people! 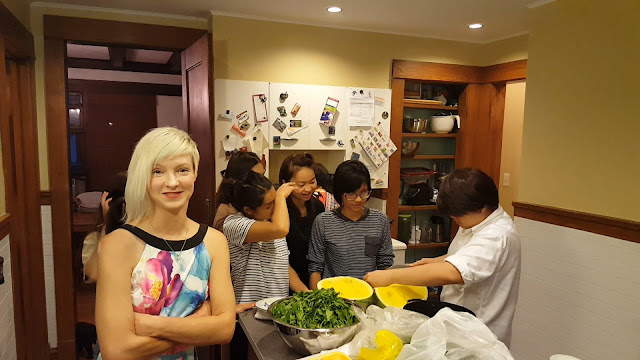 I also got to observe girls speaking in Thai, giggling, and cutting open a yellow watermelon.
It seriously felt like any minute, a dapper, tall gentleman with a rose in his teeth should saunter in.
Too much anime? I never know. 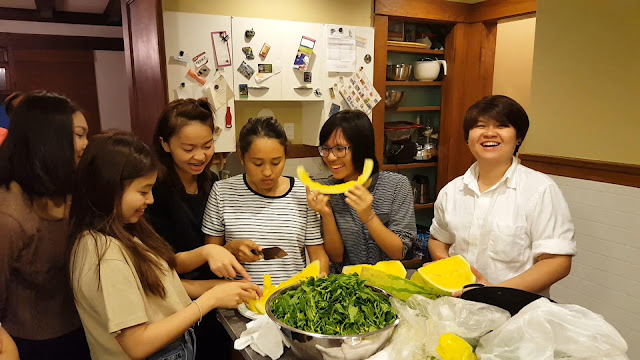 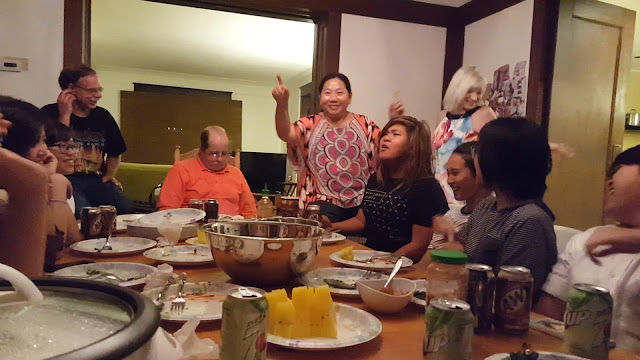 Then, after much cajoling, listen to Rosie sing Taylor swift, and dance, of course! 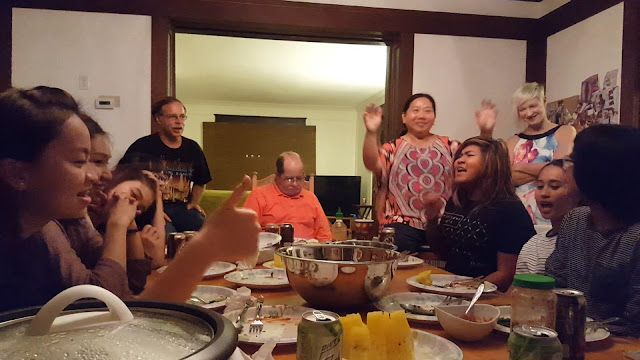 Apparently Taylor Swift is even big in Thailand.
<3

Hope you guys enjoyed this post!
And the video! Because the video is quite cute :)
And I hope you make this, b/c it's good! (aroy mak mak!)
xoxo
-Val!

- boil the number of eggs you want in already boiling water for about 13 minutes.
- rinse them repeatedly in cold water, then peel off their shells.
- cut them in half and lay them in a bowl
(or if you're Theron, scoop out half the yolk)

Put a fair amount of sugar in a sauce pan.
Add in a good amount of rice vinegar.
Also add salt, crushed red pepper, and fish sauce.
Cook for a bit, then remove from heat and let cool.

Chop one bunch each fresh green onions and cilantro.
Mix this into your sauce, then spread it on top of your eggs (or put it in the area where you've removed the yolk).
Enjoy!

And in the back is
And Theron
Jimbo
and Brigly
And Jimbo is washing.

And all these girls are from Thailand, right?
Yessss!

Well, not this one.
Alright, let's get goin'!

This is one is uh,
eggs seasoning with a sweet and sour, and little bit spicy.

Get that big pot, fill it half way with water.

How long do you boil them for?

First you're going to need lots of sugar...

Oh you put sugar in - the sugar in there.
Mhm.

Cook this for a little while.

Oohh... So, green onions and cilantro go in the sauce.
Mhm.

Mix it all up, and you have your sauce for your eggs.

It's what?
It's Thai style.

Yeah, I believe it.

I really like the sauce!
Yes.
It really goes well on the egg.

Do you know how to make that?

Ok good, cause I want to do that again.
Yeah yeah, totally, it's really good.

Thank you for joining us on this episode of KumoCafe's Cooking with Us.